Conceptual works, cut and two-dimensional. The realization of my works is based on the meaning of the word perspective, ie "see through". 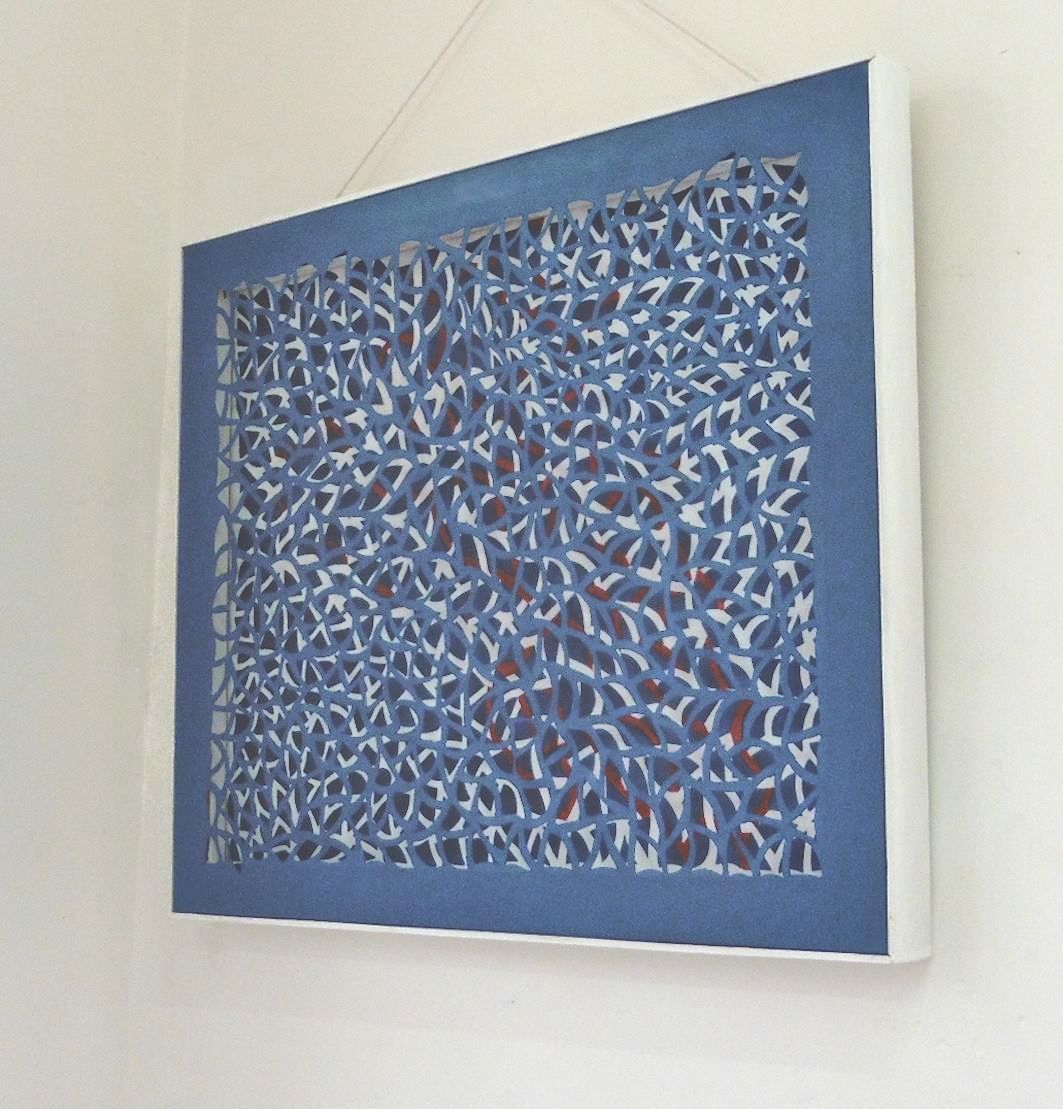 The perspective of movement

When moving, the viewer implements the perspective of movement and perceives the backdrop in a different sense. He experiments with the parallax effect.

Change your point of view

By changing the point of view, the viewer creates a perpetual renewal of the reality of the work. Everyone has a unique and personal vision.

My creative process was oriented in 2007 towards perspective.

The use of the perspective of movement is none other than the culmination of my pictorial research "Perspectives and reflections in Venice" realized from 2007 to 2014. The word perspective means "to see through" and the realization of my work is based on this idea. The universe of my work is both pictorial and conceptual, because it gives the viewer the role of designer of the work: he must see through to build the image.

Here, it is a game for him because he is placed in such a position, that he can not apprehend the entirety of the work which pushes him to change his point of view to discover the totality. My work plays on both the philosophical and psychological understanding of the work.

It is a closed assembly of two linen / cotton canvas of the same dimensions, forming a closed diptych, in a box of 4 cm thick.

The use of the scalpel for the creation of cut shapes of the foreground is here a complex process, weakened in its use by the fineness and flexibility of linen / cotton. The canvas-scalpel compound is therefore a revelation of the singularity of the work, because each canvas is unique.

Characteristic of the work

The effect of "parallax" is created by the perspective of movement, it consists in the modification of the subjectivity of the observer on the observed object.

What is the work

The first canvas is cut with a scalpel in simple shapes, previously studied and distinct from each other. This creates an all-over giving access to the second canvas. The second painting is painted so as to give the natural environment of the work in shades of gray colored so as to accentuate the effect of parallax.

The implication of the spectator

The first painting acts as a foreground, introducing the viewer into a game of deconstruction and two-dimensional reconstruction of the form. When he moves, he changes his point of view and he perceives the backdrop in a different sense.

Indeed, it is by being able to get out of the clutches and change his point of view that we can have access to a new vision of the world around us.

Concept deposited at the INPI